Moonlight Shadows is a group of 5 friends from Belgium. The history begins as follows

In 1999, Georges Vloeberghs (lead guitar) sets up a mini group with 2 friends (rhythm and bass) for the pleasure of playing Shadows music together. Very quickly, Phillippe Daeleman (bass guitar) is taken with the play and, together, they look for others who also have the passion for this mythical music. In 2002, a first real group is created under the name “The Flingel Band”. Built on hard and regular work, success came quickly. Availability and efficiency issues brought some changes into the repertory and the composition of the group. As a consequence, the group was renamed “Moonlight Shadows.be” in 2002, with the arrival of Paul Mangano (rhythm guitar).

However, the current composition of the group goes back to September 2004. And even if they are like old roadies, their course is still young and full of ambition.

LEAD GUITAR: George Vloeberghs was rocked by the Shadows music and has obviously played in seeral bands during the seventies and the eighties. While his profession somewhat put his musical activities into the background, limiting his role to that of an anttentive listener, he could not be stopped, as soon he had the opportunity to do so, from still reproducing the sounds of his Master H.B. Marvin. Finally, in 1999, he started to play again, initially by pleasure. Eventually, encouraged by the results of his efforts, he built up a new group, which has become “Moonlight Shadows.be” today.

RHYTHM GUITAR: Paul Mangano fell into the “sixties pot” at the age of thirteen. At his beginnings he played the rhythm guitar in a group called “The Shers”. He then started playing the bass guitar and also became lead guitarist in the well-known group “The Savage”. In 2002 he returned to the rhythm guitar, which he plays with much dexterity within “Moonlight Shadows.be”. Paul is also very famous among collectors of guitars and other material dating back to the sixties.

BASS GUITAR: Philippe Daeleman has played the lead guitar since 1960, playing Shadows-style melodies composed by his brother. In 1961 he creates a rhythm & blues group, “The Chapmans”, in which he initialy plays the lead, until, when replacing a musician, he realizes that the bass guitar is to become his instrument, at which he will excel in this group untill 1968. In 1999 he is seduced by George’s proposal to revive together the Shadows musics and to create a new band. That’s how Philippe, who oreserved his play of bass guitar either to the fingers or at the plectra, now contributes to the succes of “Moonlight Shadows.be” by carrying out the fronts of the various bass players of the “Shadows”

DRUMS: Guy Gotlieb, after having been young drum, made the people dance the Charleston, the cases sing, and the skin vibrate, givingrhythm to the most various types of music for 42 years, with an exeptional smoothness and regularity. He was the drummer of several variety, swing and rock ’n roll orchestras, but he is particularly fond of the South American and Afro-Cuban tempos and, of course, the Shadows music. He likes to share his talents with several musicians and several groups. He currently plays swing and jazz in the group “Babs old Star”, variety with our friends of the “Yashband” and he has supporting “Moonlight Shadows.be” since September 2004. 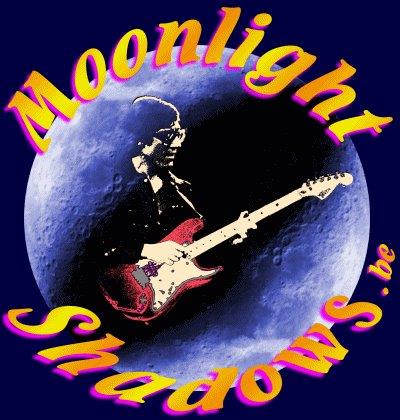 KEYBOARD: Willy Bracaval performed for the first time at a public concert of variety music at the age of eight! After 5 years at the academy he obtained three 1st prices for piano. Between ’68 and ’70, he was a member of the band “The Noise Makers”. Between ’76 and ’78 hr played with the group “Investigation” in Utrecht. Between ’89 and ’92 he played the keyboards with “Magic Platers”. Since ’93. he has played piano and keyboards in the group “Yashband”, playing variety music, but also Shadows music. One can guess the musical feeling he aquired through these experience. Just like Guy, Willy has joined “Moonlight Shadows.be”since September 2004, complementing it with additional harmony!